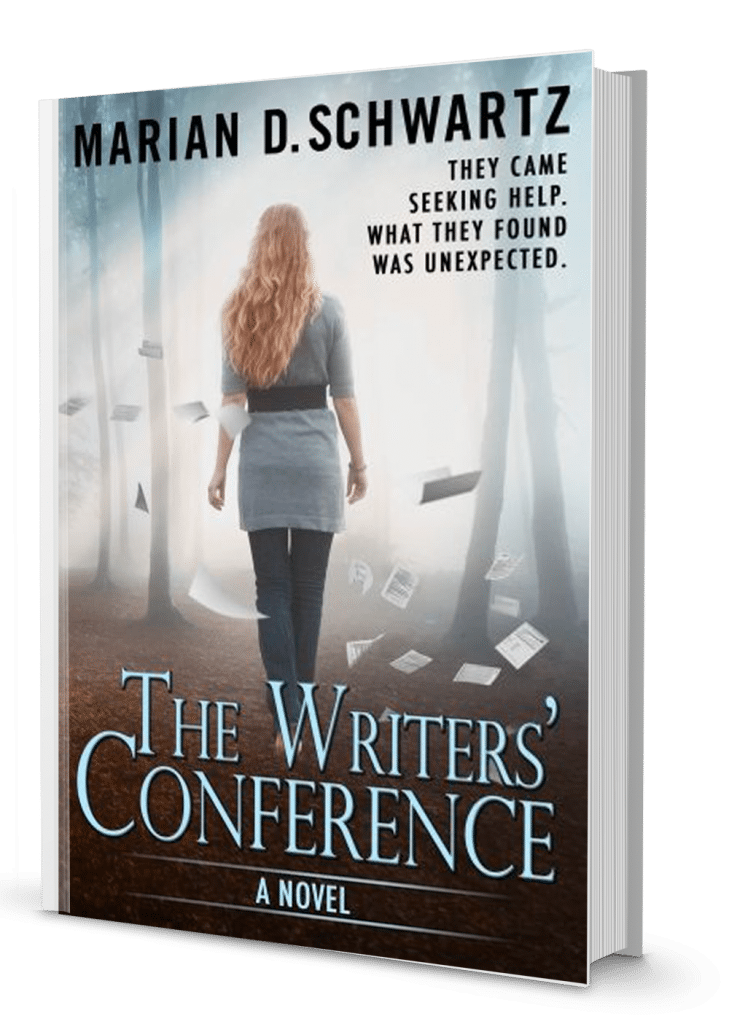 My aim in writing The Writers’ Conference was to create a fast, entertaining read that would shed light on the closeted world of publishing. Stories can tell you what you want to know.

The publishing world has secrets…


The Clymer Workshop, one of the oldest writers’ conferences in the country, has successfully hidden a shameful history. It has a lofty reputation that attracts aspiring writers like Laura Belmont.

Laura has been unable to get a literary agent for her first novel. Hoping to connect with an insider in the publishing industry, she’s thrilled to be accepted to the prestigious writers’ conference. She thinks the expense is worth it because she believes her acceptance is a credential.

Despite being held in a picturesque setting in rural Western New York, the atmosphere at the conference is intense. Almost two hundred aspiring writers are attending for the same reason she is there. They are all competing for the attention of visiting agents and editors.

Laura attends writing workshops while games of literary politics are being played in the shadows by the famous authors teaching her. She is unaware of the favors made, the courtesies given, the grudges held. She would be shocked if she knew what they were saying to each other in their private cottage about the writers they were hired to teach.

What Laura learns about publishing are unexpected lessons that aren’t on the conference schedule, lessons that change her life.

“I enjoyed every minute that I spent reading this excellent novel, and I was pleased to read so many reviews from writers who confirm that the description of the conference is quite accurate.” A. Rees

“The Writers’ Conference…is alternately moving and funny, and never dull. It was interesting to read about the “dirt” in the publishing/reviewing industry.”  Mark Stevens

Click a button below to get The Writers’ Conference for $5.99 on Apple, Barnes & Noble, and Kobo.  MARIAN20 is the coupon code for 20% off in my Payhip store.

The Writers’ Conference is also available in paperback at Barnes & Noble and and can be ordered from bookstores all over the world.