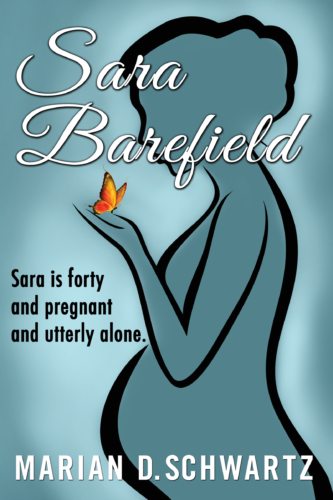 A single mother fights poverty. She believes she can win.

Sara has worked her entire life to overcome the name Barefield. To be a Barefield in the rural Virginia county where she grew up means that you are the poorest of the poor, that you are shiftless and untrustworthy, lazy and stupid. Sara has succeeded in proving that she is none of those things. At the age of forty she has a nice apartment and a good job as a school secretary.

When she discovers that she’s pregnant, Sara is thrilled. She wants this baby more than she has ever wanted anything. But Tully Rutland, the father of her baby and the only man Sara has ever loved, dies before she tells him that she’s pregnant. The Rutlands have never approved of Sara. She feels that her only choice is to move away so she can make a new life for herself and her baby.

Sara has practically no savings and no one to support her. She knows she will have to go on welfare, but she escaped poverty once and believes she can do it again. But the poverty Sara plunges into after she gives birth is beyond anything she had expected. She never imagined she’d be facing eviction and the possibility of living on the street.

The paperback edition is available at Barnes & Noble.

What Readers Are Saying

“First and foremost, get a box of tissues because you are going to cry and get angry and be dumbfounded all at the same time. When you are done you will want to tell everyone about this book! I highly recommend it.”

“Sara isn’t a quitter. She does what is necessary to survive, and the reader goes on this incredible journey with her…

“Ms. Schwartz is a powerhouse writer. She has painstakingly crafted a beautiful, thoughtful tale with unimaginable depth… This book is a jewel, one that will stay with the reader long after the final page.”

“This book grabbed me from the first page. The central character, Sara Barefield, is so remarkable that you’d follow her anywhere.”

“Sara feels like a real person – that’s the sign of an excellent author. Well written, the story pulls you in and won’t let you go.”

“I found this book to be inspiring, well written, and engaging. This book was so provocative that I read and enjoyed it in two days!”