The path to healing after suicide loss is different for every survivor, yet all paths have the same elements in common. Survivors cope with shock, guilt, and anger. They also experience feelings of rejection, stigma, and shame. A Harvard study states that “…a loss through suicide is like no other, and grieving can be especially complex and traumatic.”

It has been over forty years since I wrote a novel in which the widow of a man who took his life writes to him every night. She waits until their two young children are in bed. Then she writes.

Her name is Jenny Weaver. She is so lonely it hurts. She impulsively moves from the Northeast to California a year after his death, and she has made only one friend. She doesn’t belong to a support group. She’s finding it difficult being a single mother. And she doesn’t want anyone to know how her husband died.

The novel was my way of coping with the death of a young man who took his life. He had so much promise. And then he was gone. I was in graduate school at the time, and my major was poetry. I wrote the first line of what I thought would be a poem, “My children are gambling.”

The poem grew, as did a character who took up residence in my head. Every day when I started to write, I could hear Jenny Weaver’s voice. I could see her working through her grief and anger. It was as if I had no alternative. I had to tell her story.

After the book was published, I began receiving letters from people who were survivors of suicide loss. This was before the internet. Some letters were typed; others were handwritten. I still have the letters, which were deeply moving. A woman who had lost her son said, “Soon after his death I wrote him a letter which I carry in my handbag—a last thread of contact with him.”

I didn’t fully understand the connection between reading, writing, and suicide loss until years later, when I talked to a woman who headed a large suicide support group in Northern Virginia. She mentioned that my novel was in the library of her support group. I was surprised. “But it is fiction,” I said. I hadn’t told her about the young man whose suicide I had coped with by writing the book.

She explained that even though Jenny Weaver’s circumstances weren’t the same as theirs, survivors in the group could identify with her struggles and with the path she took that lead to healing after suicide loss.

In her article Reading to Wellness, Francesca Baker discusses bibliography, which is healing through reading. “Books can help to provide different perspectives and the suggestion of an alternative course of action.”

Beyond Blue suggests that suicide survivors keep a journal to record their thoughts, which is what Debbie Baird did. When her 29-year-old son, Matthew, took his life in 2009, she didn’t think she would ever recover from her grief. She began a journal as a way of connecting with him and continued writing for years. “If you had told me in the early days that I would feel better again, I would never have believed you,” she said.

Elizabeth Gilbert observed that “Grief is a force of energy that cannot be controlled or predicted.” The path to healing after suicide loss isn’t a straight line. There are twists and turns, as Jenny Weaver discovered. But the path was there and she found it. 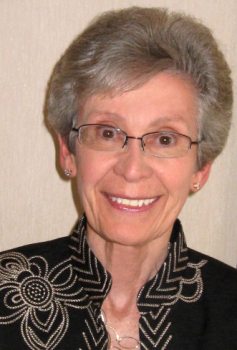 I was born and raised in Buffalo, New York. Reading was my escape from the legendary Buffalo winters and probably contributed to my becoming a writer.While I was in graduate school at the University of Buffalo I began writing poetry, some of which was published in small literary magazines. The first sentence in Realities – My children are gambling – was the first line of a poem that grew into a novel. It was gratifying to see Realities published, not only in the United States but in England and Sweden, where it was a selection of the Book-of-the-Month Club.

The idea for a novel can come from anywhere. The Last Season, The Story of a Marriage, started with an image of three middle-aged adults sitting at a dinner table, a married couple and an unmarried man. When the husband asked the man what his intentions were, the fellow replied, “I intend to marry your wife.” The image was a gift, and I had to run with it.

When I start a novel I know the beginning, but I have only a vague idea of what might happen between the start and the finish. For me it is an adventure, as I hope it is for the reader.